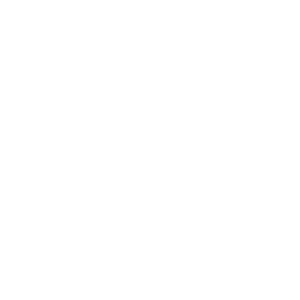 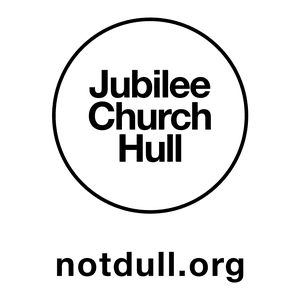 What else have I missed?

Over the Easter weekend, after some deliberation I made a decision to do something rather scary. No heights or spiders were involved. No adrenaline fuelled activities. Instead on Good Friday I decided to watch The Passion of the Christ.

For me this was scary because I had only watched one other 18 rated film in my life and I didn’t know if I could cope. It was also scary because if I couldn’t cope and had to switch the film off after the first couple of minutes I knew I would be left feeling pretty pathetic as Jesus had gone through all that scorn, agony and derision and I couldn’t even watch a human portrayal of it in the comfort of my own lounge. Despite my reservations I pressed play and braced myself for what I was going to see.

The Roman’s built what is regarded by many as the greatest civilization in history, but they didn’t do this by being nice. Crucifixion was fairly broadly practiced in the ancient world, but the Romans used their particularly brutal and inhumane form of execution as a means of producing social conformity. It was a public spectacle that they wanted people to see and remember with utter dread. Their civilization advanced through a rule of terror not of kindness.

I cry watching Disney films. I cry watching historical films. I don’t watch romances or disaster movies and definitely no hospital dramas because there is no point – I’d miss half the plot whilst reaching for the tissues. As a child of about five years old I had to be removed from church on Good Friday because I sobbed so loudly as my dad spoke of Jesus’ death. Now in 2020 I was upset because I wasn’t upset. Why no tears this Good Friday?

I didn’t cry because as I watched the vivid portrayal of Jesus trial and crucifixion I repeatedly found myself asking “Really?” “Did they really treat Jesus like that?” and I was left with the question repeating in my head, “What else have I missed?”

As I then searched through the gospels I saw words I’d read countless times but somehow I’d missed the reality. Only now their true force impacted me:

“Then they spat in his face and struck him with their fists.” Matthew 26v67

“They struck him on the head again and again.” Matthew 27v30

“They began mocking and beating him. They blindfolded him…” Luke 22v63

I understood anew what Isaiah prophesied,

“His appearance was so disfigured

Beyond that of any human being

And his form marred beyond human likeness…”  Isaiah 52v14

Jesus, the Lord of Lords, the King of Kings, the perfect Son of God, the radiance of the glory of God and the exact imprint of his nature, beaten and scourged beyond all recognition so we could be forgiven. Yes really.

It is easy to miss things through familiarity. Now, as our whole world has been shaken through the Corona Virus some familiar things that we often didn’t notice have become important again – the sound of bird song, the touch of a friend, worshipping side by side with other believers. It is also possible to fail to see things that are so unfamiliar we don’t understand or recognise what we are seeing. The Corona Virus has plunged every one of us into a time of unfamiliarity. We long for “normality” and for our old routines because many of us don’t like the uncertainty we are experiencing every day. Yet this could lead us to miss what God is saying or revealing now.

I will lead the blind by ways they have not known,

along unfamiliar paths I will guide them;

I will turn the darkness into light before them

and make the rough places smooth.

These are the things I will do;

I will not forsake them.

God promises that he will guide us when we cannot see, when we are facing uncertainties and desperately need help. Sometimes he comes in power and transforms situations in ways that are humanly impossible but at other times he guides us while we are still right in the middle of the storm. The Oxford English Dictionary defines “guide” as, “to show or indicate the way.” That’s what we want and need in times of uncertainty. As we walk along these unfamiliar paths our God can show or indicate the way to us. This may be the way to support those around us, the way to care from a distance, the way to resolve conflict or the way to manage financially in the difficult days ahead. Let’s not miss the guidance he wants to give.

A further definition is “to direct or influence the behaviour of.”

I long for this pandemic to be over, and the daily death toll to come to an end. I can’t wait for the day when I can hug my friends and visit my family. God knows the day when our restrictions will be lifted. But I believe He also has plans for this current time. Even as we walk through these current uncertainties, God’s guidance may be to direct us or to highlight areas of our lives he wants to influence by his grace. It might be his guidance is to show us again the security of his forgiveness and his love.

“I pray that the eyes of your heart may be enlightened in order that you may know the hope to which he has called you, the riches of his glorious inheritance in his holy people, and his incomparably great power for us who believe.”

Let us not come out of this pandemic saying, “What else have I missed?” but let us allow God to open our eyes every day to see his guidance, his glorious inheritance and his incomparable power. 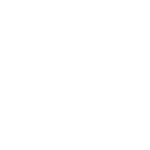 We are a multicultural church serving the most marginalised of our city. Whether you are new to the area, or Hull is already your home, we welcome you to visit us and get involved in all that we do.